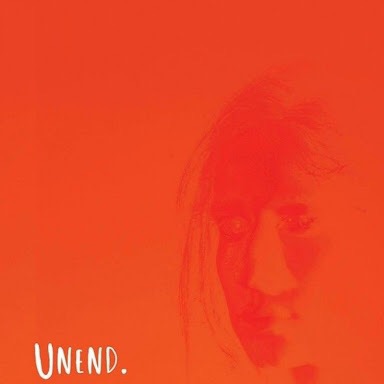 A dark room, hazy with smoke and flooded in red light. An eerie hum rumbling deeply and quietly, the warmth of the theatre accurately reflecting the pre-apocolyptic setting of the play.

A woman sits alone on a bench reading.

After a sell out run at the Sydney Fringe Festival, UNEND comes to Adelaide’s Queen’s Theatre (or now known as The Queens) for 5 nights only.

Set in the scarily not too distant 2020, we meet two women in the Sydney Botanic Gardens, which in a worrisome hint at the effects of Global Warming, are on fire. Friends, acquaintances or strangers? Fitting with the rest of the play, it’s really left to your own interpretation.

Actors Centre Australia graduates Eliza J Scott and Emma Harvie play the unnamed Woman 1 and Woman 2 and the chemistry between the two is palpable.

Over the next hour, the audience becomes invested in the characters who navigate their relationship not only with each other but also with their own survival as the fire slowly closes in around them.

Now this may make the play sound like some sort of Walking-Dead-sans-zombies, action packed piece of theatre. It’s not. We witness the sense of monotony in the world while hanging around waiting for it to end.

NIDA graduate Jessica Arthur’s direction is polished and engaging. We think not so much about the inevitable external devastation surrounding the characters, but more-so the internal struggles within themselves and each other. You’re taken in and out of reality and it’s unsettling, but in a good way.

Throughout UNEND I was onboard an intellectual roller coaster of thinking I knew exactly what was going on one minute then not at all. It was kind of exhausting, but i liked it.

Both actors play their characters flawlessly. Eliza J Scott as Woman 1 is vulnerable yet strong, Emma Harvie’s Woman 2 is quick witted and kind of adorable.

Fellow Adelaidian Jeremy Allen’s set design is simple yet effective. One park bench is all that is required to create the scene, the actors deliver the rest.

In an unexpected and ironic opening night malfunction, The South Australian Metropolitan Fire Service LITERALLY beat a door down side of stage after receiving a call regarding smoke escaping from the venue.  The actors retained utmost professionalism and didn’t flinch a bit despite the loud banging and hard hat wearing men briefly entering the room.

UNEND is captivating, interesting and keeps rolling around in your mind long after leaving the theatre.